SHARING THE OCEAN WITH AN ENDANGERED SPECIES

With the upcoming Second Taiwan Humpback Dolphin Workshop due to take place in September, a paper worth reading before this event is SHARING THE OCEAN WITH AN ENDANGERED SPECIES: THE CASE OF THE HUMPBACK DOLPHIN OF WESTERN TAIWAN by Alistair McIlgorm and John Y. Wang.
Posted by Wild at Heart Legal Defense Association at 1:55 PM No comments:

The Second International Workshop on the Taiwan Indo-Pacific Humpback Dolphins

The Second International Workshop on the Conservation and Research Needs of the Indo-Pacific Humpback Dolphins, Sousa chinensis, in the waters of western Taiwan will take place in Changhua City, west-central Taiwan from September 4-7, 2007.

The workshop is being sponsored by the Council of Agriculture (Taiwan); National Museum of Marine Biology & Aquarium (Taiwan); and Wild at Heart Legal Defense Association amongst others. We believe that many of the international delegates from the first workshop will be returning so it would appear that Drs Reeves, Jefferson and Perrin will be present. Dr John Wang of FormosaCetus Research and Conservation Group will be chairing the workshop. The workshop will include cetacean researchers and scientists, conservationists, environmentalists, economists, developers, industry, and government. To our knowledge attendance of the workshop is by invitation only.

Report on the First Workshop on the Conservation and Research Needs of the Indo-Pacific Humpback Dolphins in the Waters of Taiwan.
Posted by Wild at Heart Legal Defense Association at 10:15 PM No comments: 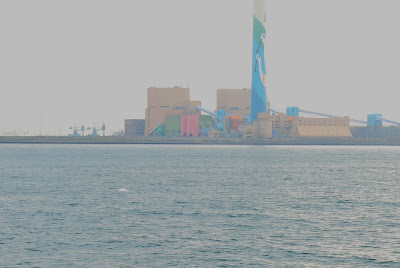 Just visible, a Sousa dolphin and the power plant at the mouth of the Dadu River 7/24.

Some recent photos of Sousa dolphins in the heavily industrialised area around the mouth of the Dadu River, Taichung. 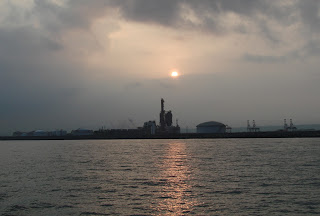 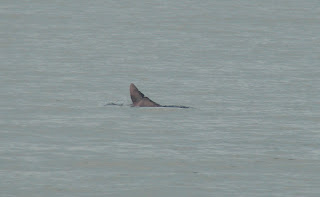 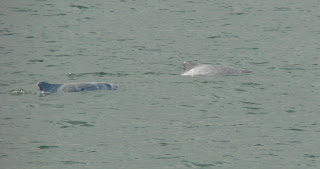 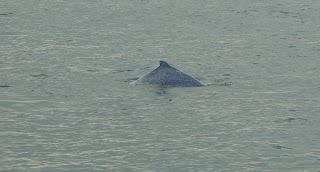 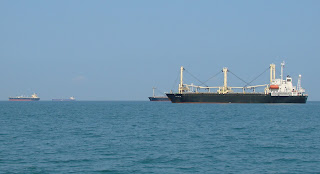 Heavy traffic off the Dadu mouth 7/24. 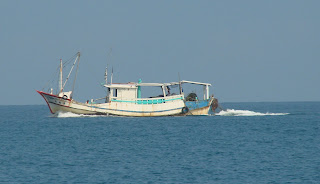 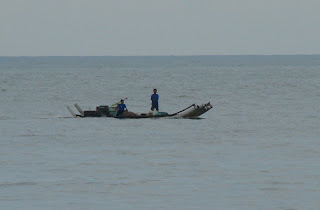 Fishing in the Dadu mouth 7/24.
Posted by Wild at Heart Legal Defense Association at 11:15 AM 1 comment:

Another disappointing reply from the Council of Agriculture

Here's the reply from the Taiwan Government's Council of Agriculture in response to our Letter of Response to the Council of Agriculture’s Letter. Our comments will follow as soon as we've had a chance to discuss the letter. In the mean time we would be very interested in hearing your views on the letter. Post a comment or send us an e-mail (keephushanwild@gmail.com) with your views.

In 2005, the COA relevant agency has requested the Environmental Protection Agency to include Indo-Pacific humpback dolphin as a factor into Environment Impact Assessments (EIA) for future development projects.

Recognizing that further study will be needed to determine the status of this species, the relevant agency of COA has commissioned scholar to conduct population survey and monitoring program of this species for three years now.

The Council of Agriculture appreciates your effort to bring this issue to the attention of relevant governmental agencies in Taiwan.

Council of Agriculture"
Posted by Wild at Heart Legal Defense Association at 12:33 PM No comments:

Our thanks to WDCS for helping spread the word !
Posted by Wild at Heart Legal Defense Association at 9:31 AM No comments: