Further to previous posts on this issue, in February this year a number of NGOs and individuals wrote to the U.S. National Marine Fisheries Service (NMFS) expressing concern over the proposed transect lines and noise impact mitigation measures for the Lamont-Doherty Earth Institute (L-DEO) marine seismic survey in the waters of southeast Asia, planned to take place from March 21 to July 14, 2009. (See below for links to comments and other documents mentioned here.)

On March 31, the NMFS granted LDEO an Incidental Harassment Authorization (IHA) for this survey, for which LDEO had provided a Supplemental Environmental Assessment (SEA) on March 27.

Several issues have arisen from this new version of the seismic survey plan. First, the SEA and the IHA do reflect consideration of the concerns expressed during the comment period, and some changes have been made to reduce potential impacts. For those changes that will potentially reduce impacts on marine mammals in the region, credit is due to all who took the time to express their opinions and concerns, and to L-DEO and the NMFS for making those changes.

The changes include rescheduling to reduce impacts on humpback whales wintering and calving in the Babuyan Islands and the re-routing of the transect lines through the Taiwan Strait.

Regarding the latter, transect lines along the west coast of Taiwan are to be moved offshore by ~ 20 km to protect the Critically Endangered population of Indo-Pacific humpback dolphins (condition 10 (w) in the IHA), and surveying has been limited to waters greater than 150 km from the mainland side of the Taiwan Strait “to reduce potential for effects on Western Pacific gray whales, Indo-Pacific humpback dolphins (Sousa chinensis), and finless porpoises” (condition 10 (u)). Furthermore, seismic operations are limited to waters deeper than 50 m (condition 10 (aa)). These conditions effectively prevent L-DEO from surveying the majority of the Taiwan Strait, most of which is between 120 km and 180 km wide and typically narrower than 170 km throughout the waters adjacent to the ETS humpback dolphin habitat, and some of which is shallower than 50 m at a distance of more than 20 km from the Taiwan coast.

Noting, however, that the second leg of the survey, which includes a transect line through the Taiwan Strait, is still scheduled to go ahead on May 3 according to the new SEA, several Taiwanese and US groups (Wild at Heart, CSI, HSI and NRDC) requested clarification. The response from the NMFS is that, having already issued the IHA and with the first leg of the survey already underway, NMFS is now changing the conditions of the IHA in order to allow L-DEO to carry out the second leg of the survey. Written clarification is expected before the second leg begins, but the suggestion is that the original logic upon which those conditions were based is to be abandoned in order to allow the project to proceed.

Another point of concern relates to the recommendation by a number of independent reviewers that seismic survey effort should be suspended at night due to the difficulty of detecting cetaceans. L-DEO has decided not to adopt this measure and the IHA supports this decision.

L-DEO states in the SEA that night time shut-down is “not feasible, as limiting the surveys to daytime only would either result in the loss of half of the data or would necessitate doubling the duration of the project. Doubling the duration of the surveys is not possible because the Langseth has other research commitments after this cruise, and because of weather conditions associated with the typhoon season”.

In addition to other improved impact mitigation measures for seismic surveys in general that we hope may result from the comments provided on this project, it is suggested that in future night time shut-down procedures be incorporated into seismic surveys at a sufficiently early stage that research commitments, weather and other issues can be addressed and plans adjusted accordingly.

Finally, the IHA (condition 10 (a)) also exempts L-DEO from carrying out marine mammal observations during meal times. While all concerned can appreciate the observers’ need for rest and food as well as the importance of this for their effectiveness, the implication that during unspecified periods of time some or potentially all of which will be during daylight hours (the only hours during which MMVOs can be effective) there will be no marine mammal observation is as much cause for concern as the decision not to cease operations at night. This problem could easily be remedied by increasing the number of MMVOs onboard and organizing shifts.

This ongoing L-DEO survey and its approval process are a useful case study for anyone concerned with incidental takes of marine mammals by seismic surveys worldwide. The various comment periods stimulated increased participation by regional and species’ experts, demonstrating the value of increased scientific participation; more comments were received and incorporated into the eventual operation than any previous L-DEO event. L-DEO may have accepted that it is more efficient to openly engage appropriate experts during operational planning; it is evident that better planning and regulatory oversight would have prevented last-minute, legally questionable acceptance of inadequate mitigations because of the cost and scheduling of the operation. In addition to this event as a reality-check of U.S. regulatory oversight limitations, the complications of operating in other nations’ EEZs and territorial waters are a worthy case study in themselves.

Public comments on the EA (up to 5 February): http://www.facebook.com/l.php?u=http://www.nmfs.noaa.gov%2Fpr%2Fpdfs%2Fpermits%2Ftaiger_comments.pdf (see pages 17-213 reviews and comments).

Once again, anyone wishing to contact the NMFS concerning this issue should write to:

Comments sought for impact on marine mammals by proposed geophysical survey in SE Asia.
Posted by Wild at Heart Legal Defense Association at 9:40 AM No comments: 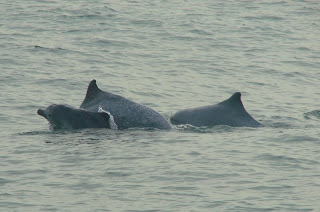 A very happy Earth Day. What did you do for the earth today?
Posted by Wild at Heart Legal Defense Association at 1:56 PM No comments:

Some recent Taiwan Pink Dolphin photos taken in the waters off Taichung during March. Winter and spring sightings are important evidence in showing that these dolphins are present throughout the year indicating they are resident. The first photo is of dolphin TW-28, nicknamed Blotchy by researchers. Photos courtesy of Wild at Heart Legal Defense Association. 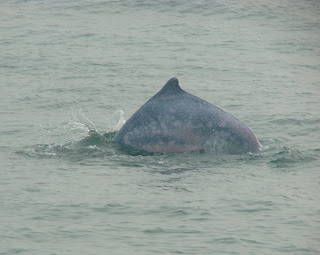 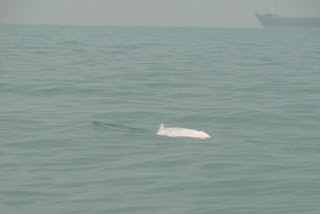 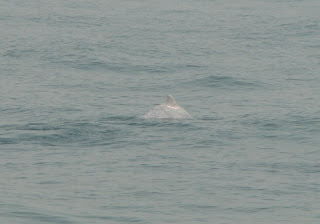 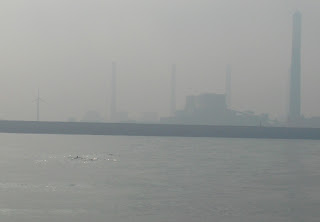 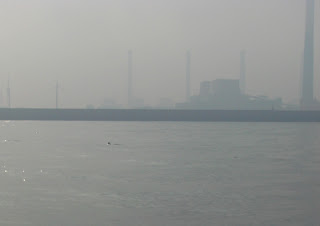 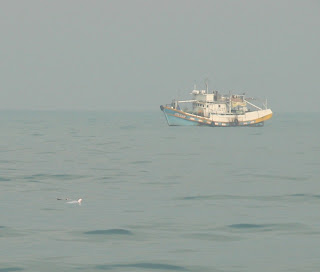 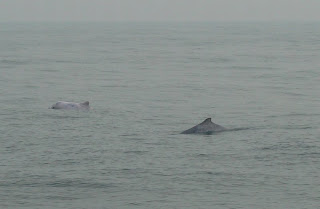 Blotchy (TW-28) photo
Posted by Wild at Heart Legal Defense Association at 10:54 AM No comments:

See:
Disregard for the legal process:- The last of the great Songshan camphor trees

Update: Disregard for the legal process - The last of the great Songshan camphor trees

Update: It's gone ! Total disregard of the legal process - The last of the great Songshan camphor trees has gone !

More on the Songshan Tree issue

Songshan: Before and After Photos
Posted by Wild at Heart Legal Defense Association at 7:54 PM No comments: