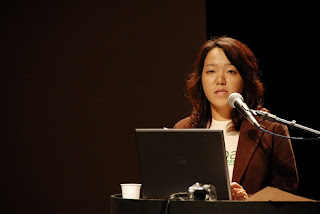 
A 22-member Green Party Taiwan delegation recently returned to the island from the second congress of the Global Greens that was held May 1-5 in São Paulo, Brazil. The first Global Greens congress was held in Canberra, Australia, in 2001, and produced the Global Greens’ Charter, while the main document to come out of the São Paulo Conference was 21 Points for the 21st Century.


The Global Greens is an organization comprised of over 80 members from nearly as many countries with its administration being divided into four regional groups – Americas, Europe, Africa and Asia-Pacific. The most active members are Green political parties, but other civic organizations are members and the Global Greens seek to include all groups that subscribe to the core values of ecological wisdom, non violence, social justice, sustainability, respect for diversity and participatory democracy.


Five major topics discussed at the congress were sustainable cities, climate change, post-Kyoto, future of the Global Greens, and biofuels versus biodiversity. In addition to adopting the 21 Points, the congress passed resolutions supporting the peoples’ struggle in Tibet, ban on nuclear power as a response to climate change, and continued support for Ingrid Betancourt, the Colombian activist who was running for president on the Green Party ticket when abducted more than six years ago.


Upon their return to Taiwan, the delegation held a press conference on Monday, May 12, which was quite well received by the press.

Robin Winkler, founder and director of the Taiwan Wild at Heart Legal Defense Association, was active in the planning and execution of the visit. He broke his three- and a-half-year “boycott” of international travel to join the delegation. During a debriefing for Wild colleagues on 16 May 2008, he explained his recent involvement in the Green Party Taiwan:

“Being punched by the head of Yunlin County’s Assembly while the manager of Formosa Plastic’s local plant looked on and facing ridicule and jeers from the media, Taiwan’s EPA and other government agencies was one of the more traumatic experiences of my life. It forced me to reconsider the strategies of the environmental and social movements in the face of such an organized, well-funded and anarchic alliance of government, elected representatives, business and academics.


“World wide the movements face similar problems, however Taiwan differs in that we are very isolated from the rest of the world – not the world’s multinational corporations or trade and investment delegations, but from a vast resource of dedicated people and organizations that will no longer allow the world to go on “business as usual”. These groups have a lot to offer Taiwan, and with our connections to Green Parties around the world, we may actually be able to bring some pressure on business and government in Taiwan to reform its ways and to open up to public participation in important issues.”

Rearranging of the deckchairs on the "Taiwan-EPA-atanic" ?

Changing of the guard or just rearranging of the deckchairs on the "Taiwan-EPA-atanic" ? The new Environmental Protection Administration (EPA) Minister, Steven Shen, has vowed to work with outside groups claims the Taipei Times.

Yesterday saw the incoming President, President Ma Ying-jeou, sworn in and the return to power of the KMT. Last time round the KMT had a shocking environmental record and during the eight years of DPP rule not much seemed different in the EPA's attitude.

Outgoing EPA Minister, Winston Dang, while painting a rosy picture of his term can't get away from the fact that he bitterly disappointed most environmental groups with the handling of the reelection of EPA Commissioners and the Hushan Dam project, and the greenwashing of the global warming and emissions issue.

Will there really be a change of heart in the EPA or will they continue with the tradition of business first over the environment?
Posted by Wild at Heart Legal Defense Association at 11:53 AM No comments:

Update on the Global Greens Congress

Second Global Greens Congress
Posted by Wild at Heart Legal Defense Association at 9:19 AM No comments:

The Global Greens is the international network of Green parties and political movements. Global Greens are holding their second international congress in São Paulo, Brazil from May 1st-4th. Green Party Taiwan has sent a twenty-two member delegation to the congress. Amongst the Green Party Taiwan delegates is Wild at Heart Legal Defense Association director, Robin Winkler. Robin will be helping to spread the word internationally on the Hushan Dam and the plight of the Fairy Pittas and Taiwan humpback dolphins [aka Taiwan pink dolphins]. Wild acts as the secretariat for the Taiwan National Coalition Against the Hushan Dam and Matsu's Fish Conservation Union.

Second Global Greens Congress
Posted by Wild at Heart Legal Defense Association at 9:25 AM No comments:

First trip out with the newly-trained land-based monitoring volunteers

Some photos of the Taiwan humpback dolphins taken on the first trip out with the newly-trained land-based monitoring volunteers on Sunday April 27 taken from Changbin Industrial Park, Changhua County by Chen Bing-hen, the Secretary-General of the Matsu's Fish Conservation Union. Between 8-10 dolphins were seen on the trip. The newly-trained land-based monitoring volunteers had all attended the recent Training Course for Volunteer Land-based Dolphin Observers held during mid April. 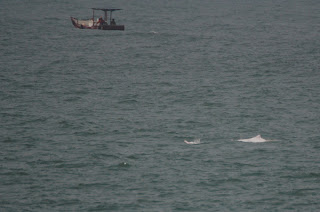 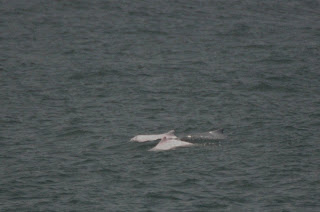 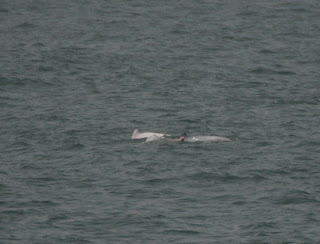 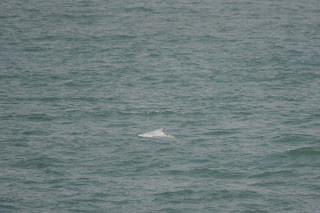 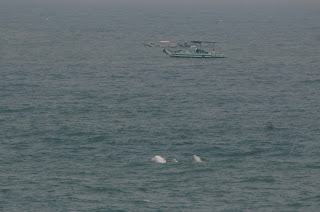 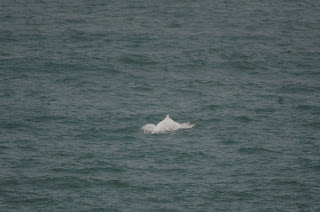 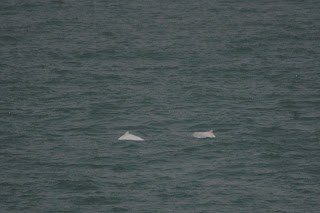 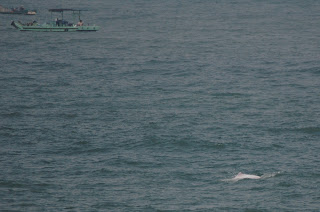 Posted by Wild at Heart Legal Defense Association at 10:54 AM No comments: